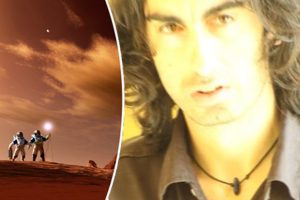 The life of Teo Tsirikakis can be characterized by one word and that is MAGIC. As a boy, he could sence the whispers of nature and communicate with its creatures. His extrasensory perception and strong intuition lead him to the studies of pshycic and philosophy, first in Athens and latter in London. He is an inspiration for many peolpe, a true friend who is always in the search of how to make life better, from things that may seem simple eg, the quality of sound in the radio, to more vital issues like the emotional and matterial support to those in need (humans, animals & plants). Music had always been one of his passions. At the age of 18 he created his first radio station, at 215 FM. He had a big collection of LPs with the latest hits in Europe. Every afternoon Teo and his friends gathered to the basement of his house for live broadcasting. It was the days that people still called on the station to leave their dedications to friends and lovers. 215 FM was the only piratic radio station that was granded the approval to be official, because of the quality of music and style of broadcasting. In 2013 Teo created BOTOX web Radio - Breath Only The Original Xperience. It gained popularity so quickly, that annoyed one of the biggest pharmaceuticals who pressed charges against him. In 2016 we decided the birth of THNX Radio. For Teo, everything he does is about finding that perfect harmony that makes life feel like magic. With his music selections, he wishes to express the emotions of the artists and let our fantasy flow.