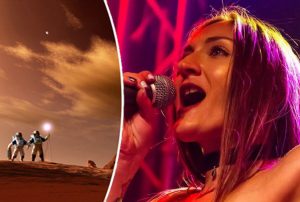 Anastasia is a singer & a songwriter. Anastasia has formed and joined many bands, such as Aima Starr, Undertaste, Chatterbox, Acousticover, Discover The Band, NoΫa, Laternative, SoundEsc with a variety of sounds. Nowdays, she is recording her own music with a new bant that is now being formed and soon to be announced.. So stay tuned.. At 2013 she joined forces with Thnx Radio and started a collaboration and an amazing friendship with that team. She started as a host & a producer in the talk show 'No more Beeps' and now she is one of the sound engineers, (with Teo Tsirikakis & Steve Lado) . She also is the “Voice” of  Thnx Radio since she does the station’s commercial spots.